Foto Factory is pleased to present photo art from the Faroe Islands.

Foto Factory has launched a series of photographs from the Faroe Islands. The landscape and the climate on the Faroe Islands is raw, untamed and to many also unknown. It is nature in all its drama and poetry that is central to the new photos.

The selection og photographs will form the new Föroyar-series with posters from the Faroe Islands. The posters are made rustic and environmentally friendly paper.

It has long been a desire to visit the Faroe Islands. The wish was fulfilled in mid-April when we drove our camper onto the ferry bound for Torshavn and the Faroe Islands. We had anticipated spring, but was surprised by snowstorms and frost the first few days with impassable roads. We quickly realised that this weather was perfect for catching the harsh climate and nature on the Faroe Islands.

We were overwhelmed by the Faroese landscape with its picturesque waterfalls, sunsets, small villages and roads that meander through the beautiful landscape. Our goal was to show the rougher side of the Faroe Islands. We will show the violent forces of nature, cliffs and distant places off the beaten track. The weather can turn from calm to storm quickly – it is unpredictable and certainly untamed. 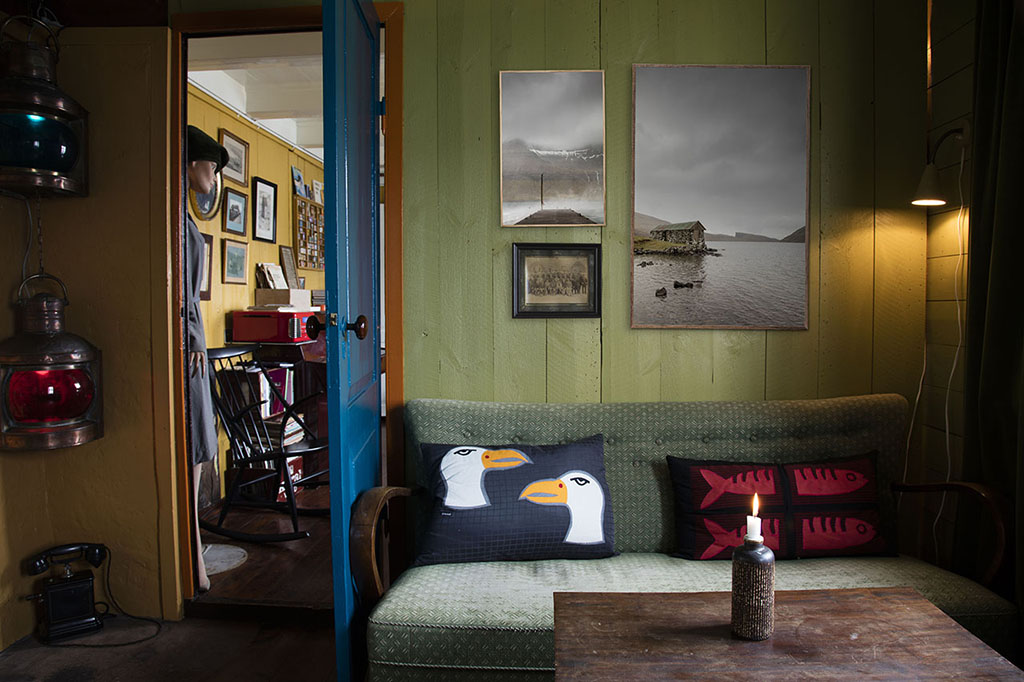 The first thing you encounter when you come to the Faroe Islands is the dramatic coastline and the North Atlantic waves. The rocky coast is the place where the harsh climate is seen and felt the most. On the island of Vagar you can see some of the most dramatic coastlines. It is life confirming to be standing a few centimeters from the edge straight down to the ocean’s deep green water. 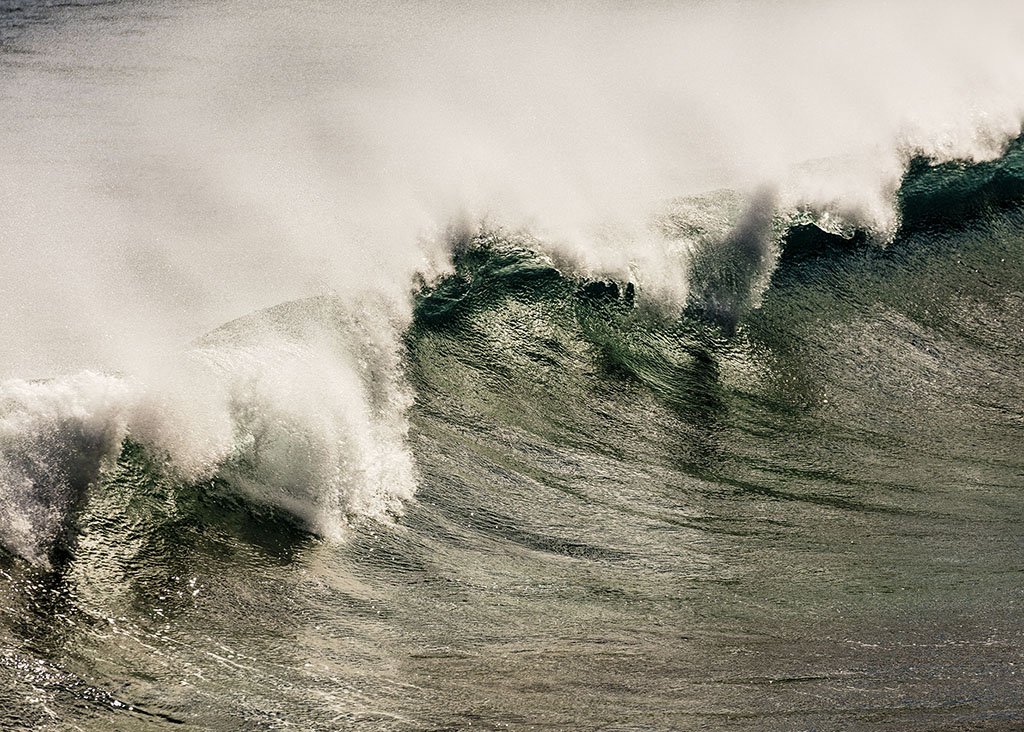 Nólsoy is covered by dark clouds. Despite the only connection to the island is the ferry from Torshavn the town is a growing comunity. On Nólsoy you live as weather permits. The small community shows it can be done and the coffee shop run by Visit Nólsoy is a good example that great things can happen the most remote places.

Another extreme is to stand alone in the fog on the top of the fell. The only thing you can hear is the sound of the wind. The top of the mountain is barren and the harsh climate labeled as a cold wind is felt on your skin. Without direction one can easily get lost and wander around for hours without meeting other people. 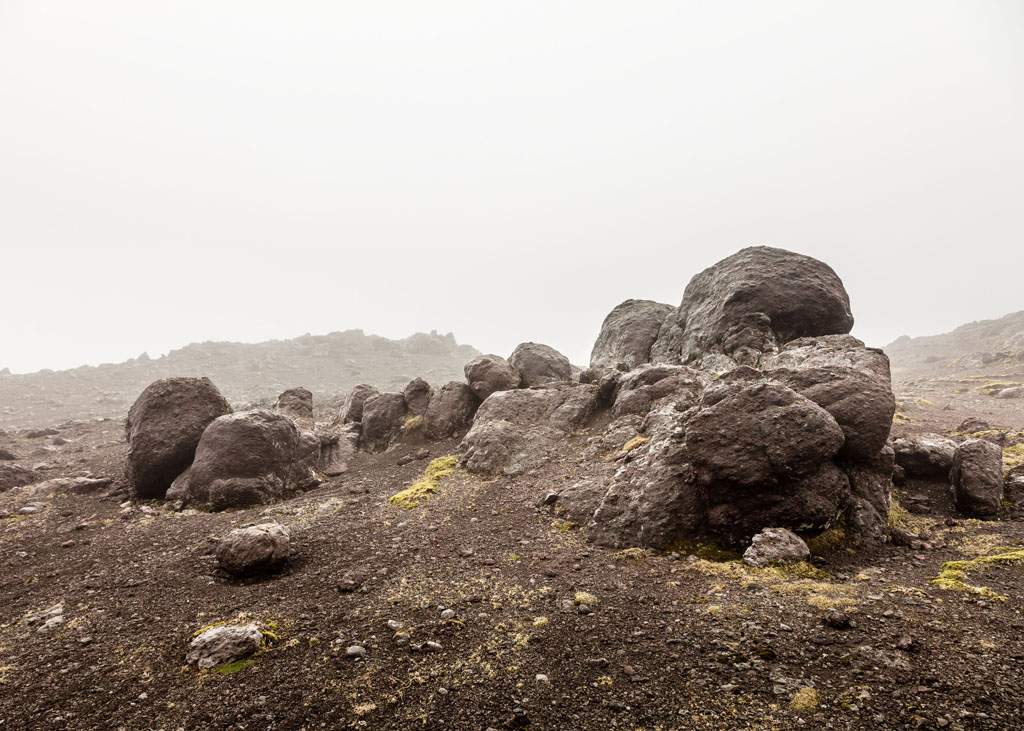 Without warning the storm is coming, whipping up the sea water mixing it with the fresh snow. We ventured out into the storm to photograph the forces that rages at the worn pier. It is in such weather one can sense the harsh climate in the middle of the Atlantic.

At the end of the long winding road you will find the fishermen’s houses next to the harbour. The old houses are worn by wind and weather, but they can cope with the harsh climate. The houses hold the fishermen’s gear, keeping it safe and dry and ready for the next trip to the sea. Today the harbour is deserted – no one dares to venture out to the sea in the storm. 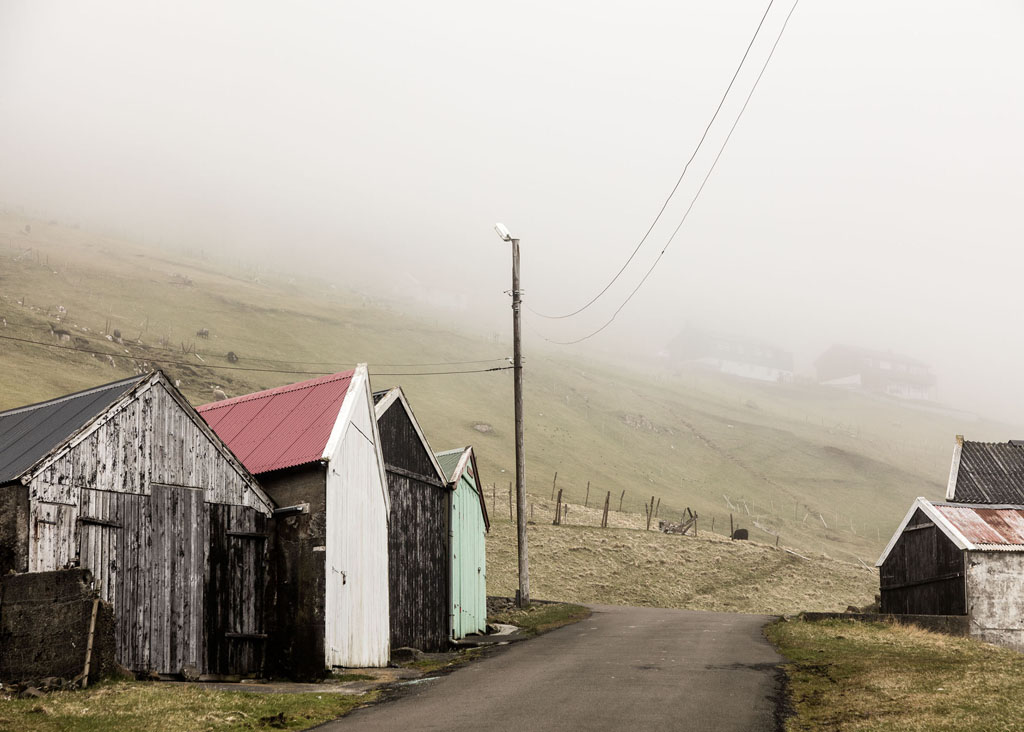 It is quieter when driving through the countryside inside the valley of the mountains the mist is covering the views. In the fog you can see small bits of the countryside when it suddenly clears for a moment.

It can be quite quiet in the morning and the water on the big lake Sørvágsvatn can be calm. The strong wind of yesterday is gone and the fishing huts is reflected in the lake. 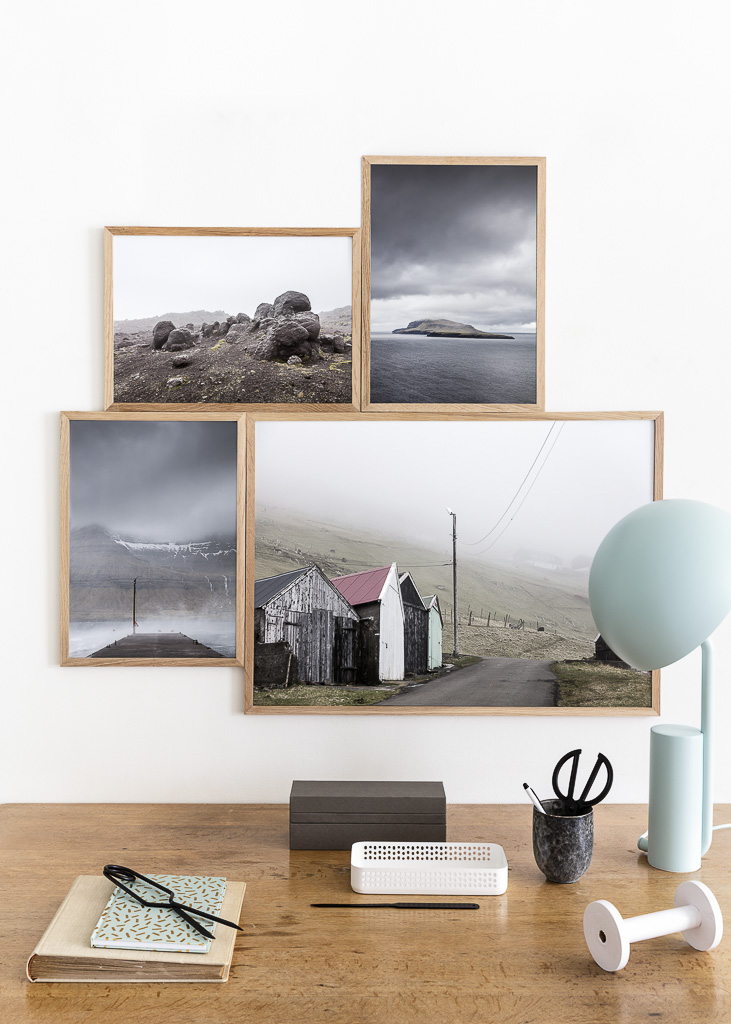 Check out the posters.

Join our mailing list and get 15% off you new order. And receive the latest news from our team.

You have Successfully Subscribed!